The mayor of Nakano Ward has announced plans to demolish the Nakano Sun Plaza, a complex in Nakano, Tokyo, in fiscal 2024.

Nakano Ward plans to rebuild the ward office, and says it is necessary to demolish the Nakano Sun Plaza and the current ward office adjacent to the west in order to raise 22,100,000,000 yen in construction costs.

The iconic building, “Nakano Sun Plaza (Nakano 4 chome , Nakano Ward, Tokyo)”, which is located at the north exit of JRE Nakano Station, will be dismantled and rebuilt.

Nakano Sun Plaza is a complex facility designed by Shoji Hayashi (1928 to 2011), an architect who worked on the Palace Side Building of Takebashi and the Sanai Dream Center in Ginza.

Nakano Sun Plaza is known as a symbolic architecture of Nakano.

There are hotels and halls in the buildings of 20 stories above ground and 3 stories underground, and many musicians have been performing concerts here.

From the “National Youth Hall” to the “Holy Place of Idols”

The current Nakano Sun Plaza was constructed as a workers welfare facility based on the Employment Law by the Employment Promotion Agency, a special corporation under the jurisdiction of the former Ministry of Labor, and opened on June 1, 1973.

The official name at the time of opening was the “National Youth Hall.”

The company started its operations in the December of 2004.

After becoming the Nakano Sun Plaza, the company managed a hotel and wedding hall as a well as a cultural complex, also organized a culture center, and managed sports facilities.

The famous concert hall with 2,222 seats, has been used for concerts of famous foreign musicians and popular national entertainers such as Tatsuro Yamashita, Yuzo Kayama, Shinichi Mori and “Morning Musume”, and it is called “a holy place” among fans of idols and singers.

Last year, Daisuke Tanaka, the former mayor of the ward announced plans to rebuild Sun Plaza into an arena capable of seating 10,000 people in about 2024.

This plan became a major issue of the election for the next mayor in June last year.

As the result of the election, Naoto Sakai, who had been calling for a review of the plan, was elected as the new mayor.

After his inauguration, he set up a “council of citizens” to discuss the plan.

However, in a meeting of the ward assembly on Sept. 11, Sakai said he plans to demolish the current Sun Plaza building and build a new facility.

If the renovation work was carried out to save the building for another 15 years, the cost was estimated at about 3,200,000,000 yen.

This high cost was the main reason for the decision to rebuild.

The Nakano Ward has announced plans to inherit the name, shape and functions of original facilities for rebuilding, but will consider the details of the new facility in the future.

The Nakano Sun Plaza is said to be a home of the subculture of the youth along with the Hibiya Open-Air Concert Hall and the Nippon Budokan.

It seems that rebuilding is necessary, but I hope it will be transformed into a facility that is loved by everyone, like the existing Sun Plaza. 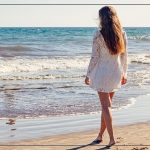